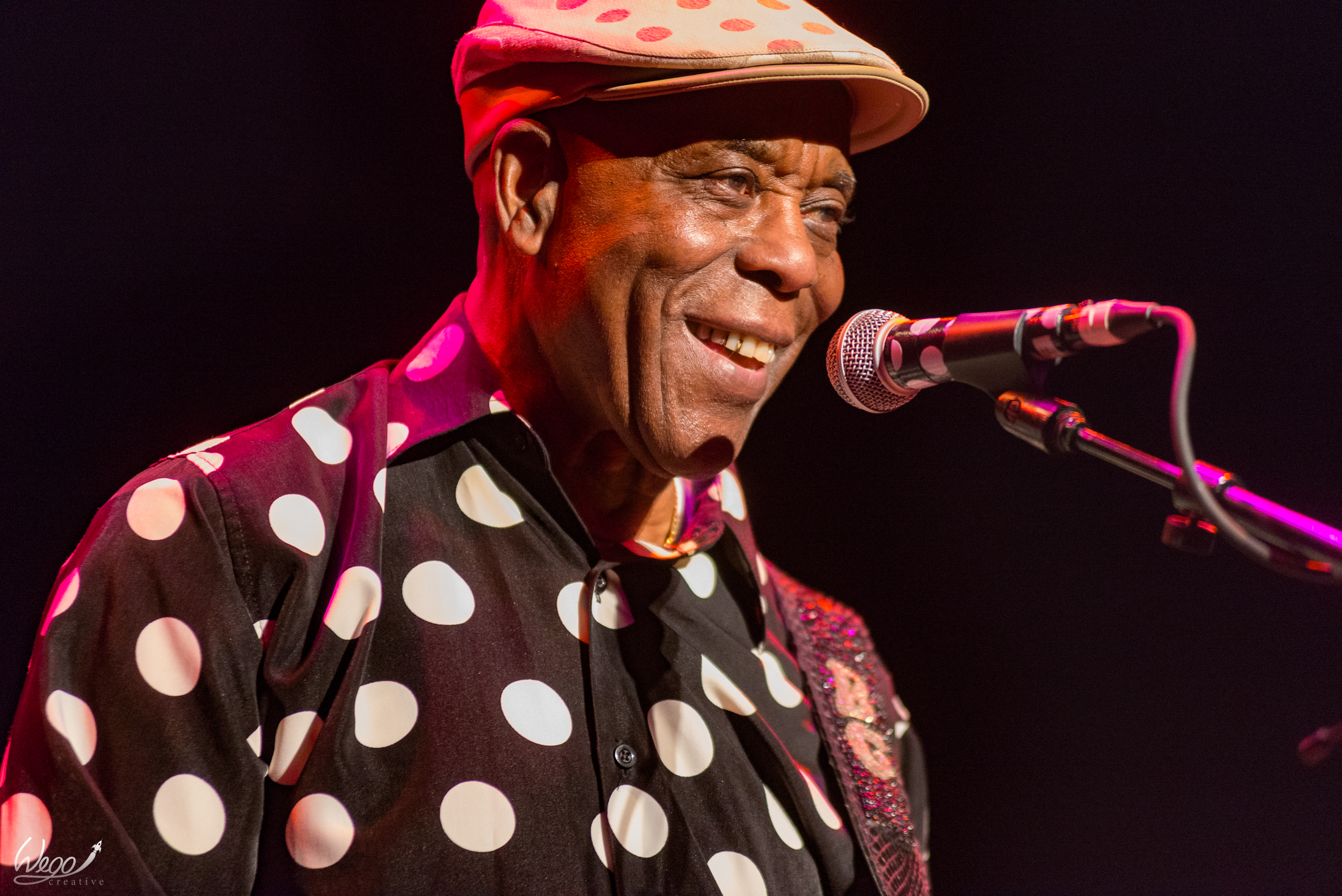 Buddy Guy is the inspiration behind such legendary guitarists as Hendrix, Eric Clapton, Jeff Beck, Jimmy Page & Stevie Ray Vaughn, just to name a few. He has toured North America and the world since he burst onto the scene in the 1960’s during which he played as the mainstay guitarist for Muddy Waters, the ‘Father of Chicago Blues.”  Over all those years performing, it was his first concert in front of a Springfield, MO audience; and they loved him for it.

Held at the Gillioz Theatre in Downtown Springfield, Buddy and Ric Jaz, his rhythm guitarist, and other bandmates took the stage following the popular local blues band, The Norman Jackson Band, at around 9:30PM (CST). The 80 year old entertainer then proceeded to wow the audience with his repertoire of guitar skill, humor and singing ability that captivates us all. If had closed your eyes and you would have thought the man was half the age as the person gracing the stage actually was; truly remarkable to witness and hear.

Live event and concert photography as well as videography have been a long-running service we’ve provided over the years. Musicians, bands, shows and the live events take careful planning and consideration as well as equipment. Wego Creative has invested the time and money to ensure your next event or show is documented to the highest professional degree with top of the line cameras, lenses, jibs and other equipment. We’ve also shot multiple album covers, documentaries, concerts for resale and even broadcasted live events as they happen.

This site uses Akismet to reduce spam. Learn how your comment data is processed.

What are the area’s of need for your business?